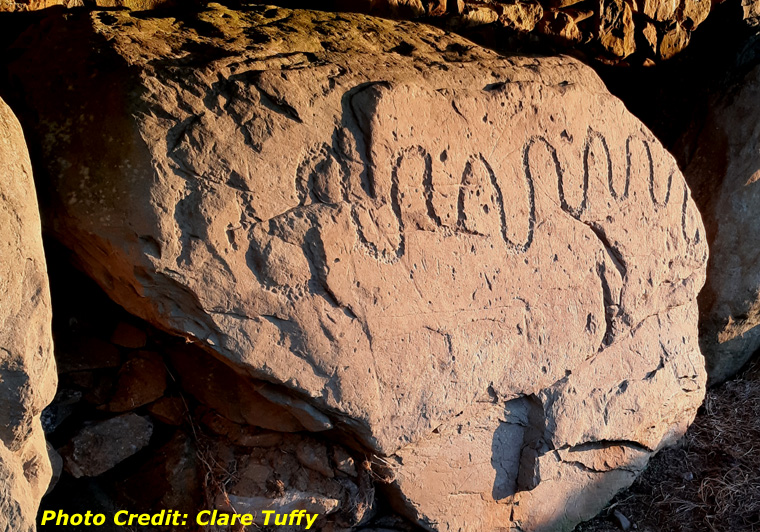 Knowth is a Stone Age Passage Tomb in the Boyne Valley and with Newgrange and Dowth makes up the Brú na Bóinne UNESCO World Heritage Site. Knowth is the largest passage tomb of the Brú na Bóinne complex. The site consists of a large mound (known as Site 1) and 17 smaller satellite tombs. The mound is about 12 metres (40 ft) high and 67 metres (220 ft) in diameter covering about 1 hectare (2.5 acres). It contains two passages placed along an east-west line and was originally encircled by 127 kerbstones of which 124 are still in place. 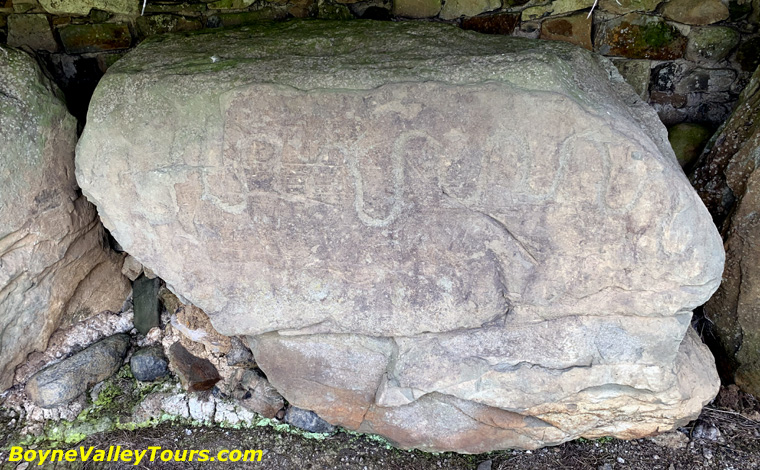 The large mound has been estimated to date from between 2500 and 2000 BCE. The passages are independent of each other, in that they lead to separate burial chambers. The eastern passage arrives at cruciform chamber, similar to Newgrange. It contains three recesses and basin stones into which the cremated remains of the dead were placed. The right-hand recess is larger and more elaborately decorated with megalithic art than the others, which is typical for Irish passage graves of this type. The western passage ends in an undifferentiated chamber (not have a definite chamber but rather a widening of the passage that defines the chamber). This chamber is separated from the passage by a sillstone. The chamber seems to have also contained a basin stone. This was later removed and is now located about two-thirds down the passageway.